Dear friends,
Please join us at Gallery MC, (549 West 52nd Street, 8th floor) on June 27th, 2014, from 6pm to 11 pm.
NY 1 Minute Weddings celebrates hundreds of same-sex marriage ceremonies in the changing marriage landscape of the city.  These pictures are a celebration of love, happiness, and hope.  These pictures show couples in sharp focus – some fully embracing traditional wedding iconography; others subverting iconographic conventions from within, using humor and unexpected composition to appropriate an age-old institution in their own terms.  The result is a visible oscillation between a jubilant acceptance and utter defiance of conventions.  With its iconic monuments and buildings, the city offers a beautiful backdrop on the cheap. The outcome is an appropriation of the public landscape for personal use, creating images that are truly personal, yet transcend a personal narrative to become representative of an era.

About the artist and the founder of NY 1 Minute Weddings
Goran Veljic was born in Serbia, Smederevka Palanka, in 1970.  He was an active participant in the revolution in Serbia, his native country, where he also ran a photo studio and a printing business.  He documented the war in former Yugoslavia and the difficult political times in Serbia. After over two decades as a photographer in Europe, he relocated to New York City in 2010.  Since then, he has been recording something far more beautiful – love.
Goran Veljic has been the City Hall photographer for five years, since the beginning of City Hall’s marriage program.  Since the Marriage Equality Act passed in New York State in June 2011, he has had the pleasure of documenting ceremonies of couples of the same sex.  Mr. Veljic has become a symbol of City Hall’s weddings, witnessing more than 5,000 weddings and marrying many of the couples licensed by City Hall. As a result of photographing Alec Baldwin in City Hall, he appeared on the E! Channel, NBC News, and on NY Daily News.  Goran Veljic works as a photographer and a wedding officiant at NY 1 Minute Weddings.  He is also writing a book about marriages, which includes the stories of the numerous couples that he has photographed and married.
NY1 Minute Weddings is his first exhibit in New York. 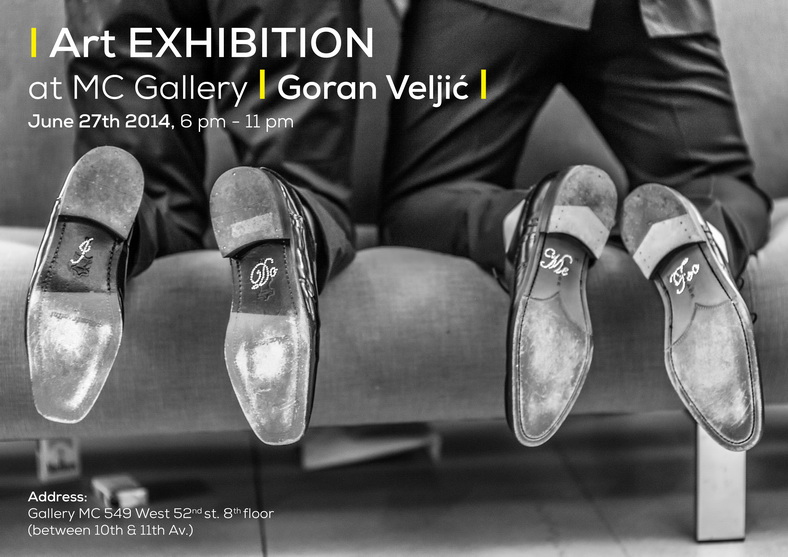